Every year, IABC/Calgary incoming president and vice president travel to Leadership Institute, IABC’s conference for chapter leaders around the world to share best practices, make connections with global leaders and peers, and bring home inspiring ideas to make our chapter better for you, our members. And this year, our chapter’s hard work paid off in a big way.

The kick-off event to Leadership Institute is always the Chapter Management Awards celebration, which recognizes the hard work of chapter leaders by awarding them with their recognized accomplishments. This year, in IABC/Calgary’s 50th, the hard work of our board members and volunteers over the last three years was very much recognized – we won five chapter management awards, Large Chapter of the Year and International Chapter of the Year!

It was an amazing feeling to be recognized by so many intelligent and inspiring communications leaders from around the world, as the conference’s closing keynote Caroline Kealey called the group, the “movers and shakers of the communications profession.”

It is important to realize though, that this work was the result of several years of planning and execution by our entire board. Winning CMAs is not easy – with an estimated 20 hours of work going into each submission, it is likened to submitting for a Gold Quill. And the competition is fierce – with 2017 seeing 13 per cent more submissions than last year.

The strategy to win Chapter of the Year began in 2015, with the work of former president Kathleen Bell when she submitted and won five CMAs. From there, Sheila Carruthers and Jenn de Vries, both former presidents, were inspired, and strategized to submit just two categories in 2016, and instead go for the gold in 2017, which they did, and succeeded. 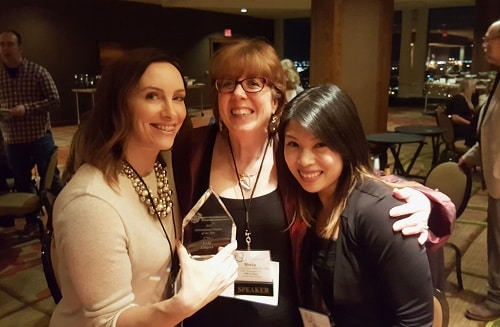 CMAs won by IABC/Calgary this year include: 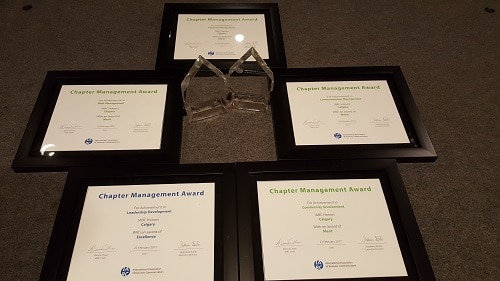 A special thanks to all IABC/Calgary board members from the last three boards at least, including our current superstar President Will Tigley of course – as it is all thanks to the board’s very hard work in setting out a Three-year Strategic Plan for our chapter, and to each and every volunteer who helped execute that plan.

Previous Post
Boost your career!
Next Post
Check out our 50th Anniversary Video- A tribute to IABC/Calgary