The Intersection (actually, it’s more of a dance) between Communications and Mediation

The  Dance between Communications and Mediation

Nate Regier, CEO of Next Element, says “Conflict is the gap between what we want and what we are experiencing at any given point in time.” To me, the interrelationship between communications and mediation is more like a “dance” than an “intersection.” The mediator and the parties participate in and witness an ebbing and flowing “dance” of subtle and not so subtle verbal and non-verbal communication and all that lies beneath it: the nature of the relationship and accompanying power dynamics; words; silence; energy and emotions; gestures; personality traits; body language; facial expressions; motivations, expectations, and assumptions; family of origin influences; trauma; cultural, gender, and language differences; tone of voice;  and pace of speech. By no means an exhaustive list of “dance” dynamics, this reinforces how important face-to-face contact is when an emotionally charged breakdown in communication occurs. 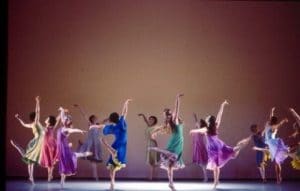 Mediators facilitate the “dance” (aka. the conversation) between the parties by creating a safe space; listening intently; being curious and asking open-ended questions; and summarizing, paraphrasing, and reframing. A mediator empowers parties to communicate, understand and respect differences, and form their own resolution(s). In this way, mediation is an elaborate and complex “dance” on many levels—personal, interpersonal, and as it relates to the interweaving of communications and dispute resolution tools and techniques throughout the interest-based mediation process.

By “dancing” with one another, rather than trying to determine who is ‘right’ or ‘wrong,’ the parties are able to have a meaningful conversation, interweave their narratives, and co-create their own resolution(s). In most cases, the dispute resolution “dance” is not easy or linear, as human beings—very human beings—are involved. I have heard mediation described as an imperfect process, with an imperfect mediator, imperfect parties, and an imperfect resolution(s). What better reason to slow down the “dance” and keep it simple, so that the parties can truly hear one another and respond appropriately and healthily  —from a place of understanding, honesty, and authenticity— in a difficult conversation.

The always interesting and unpredictable “dance” between communications and mediation is one of the things that drew to me dispute resolution, for no two mediations will ever be the same and the learning never stops! As George Bernard Shaw so aptly said “The single biggest problem with communication is the illusion that it has taken place.”

Two of my favourite resources when it comes to navigating the “dance” between communications and mediation include Tammy Lenski’s website: https://lenski.com/ and Ken Cloke’s book: The Dance of Opposites.

Enjoy the “dance”—as every head is truly a world!

Kari is a mediator with the Civil Claims Mediation program, AB Justice and Solicitor General, at the Calgary Courts Centre and is on the Board at Community Mediation Calgary Society. She is also a plain language advocate who believes that “less is more” and that filtering out the “noise” is a crucial skill —both in dispute resolution and in communications in general. Here’s to keeping things simple!

You can find Kari on the IABC/Calgary consultants list and on LinkedIn.